Craig Ashley is a curator and producer based in the West Midlands. He developed, implemented and oversaw delivery of the visual arts programme at mac birmingham from 2009 to 2016, following completion of the arts centre's £15m redevelopment. Notable exhibitions he curated for mac include: Vered Lahav's The Garden (2013), pondering migration and the notion of homeland; Qasim Riza Shaheen's Prodigal Son: Traces of a disciple astray (2010) and The last known pose (2014), bringing together collections of the artist's work exploring the gaze and the guise; and Barbara Walker's Shock & Awe (2016), newly commissioned drawings acknowledging the contribution of Black servicemen and women to British war efforts over the past 100 years. Most recently Craig curated Peter Kennard's retrospective exhibition, Off Message, bringing together seminal works from the artist's career spanning 1962 to the present day. Craig is currently Director of New Art West Midlands, the contemporary visual arts network for the region, and is a mentor on DASH's Cultivate scheme. 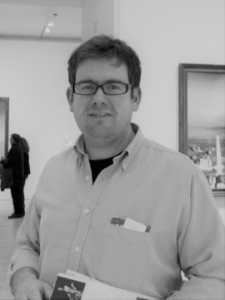