Rachel Gadsden is a multi-award winning artist who has a BA and MA in Fine Art; she was artist for Hampton Court Palace 2008 - 2009, and has undertaken 4 major commissions for UK Parliament (2009 – 2015). London 2012 Cultural Olympiad commissions followed - Unlimited Global Alchemy and Starting Line.

2015 commissions have included The Four Fridas for GDIF, Almanda for Freewheelers Theatre and Media and ILHAM exhibition and conference at MIA, Qatar.

In 2016 Gadsden was awarded an Artist international Development Fund Award and an a-n Travel Bursary to go to Palestine and has been appointed lead artist for the Lighting of the Rio Paralympic Torch Festival at Stoke Mandeville Stadium. 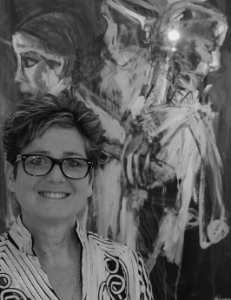